How Much Electricity Do Stadiums Use?

Sometimes it’s fun to enjoy Texas as the land of the giants, where everything is bigger and more dazzling than anywhere else. People from other parts of the U.S. and other parts of the world see that side of Texas all the time. In 2013, for example, Ellen Johnson Sirleaf, President of the African nation of Liberia, noted that, on game days, Dallas AT&T (formerly Cowboys) Stadium, used 10 megawatts of electricity, more power than could be generated at any time by her entire country.

The Wall Street Journal and Turner Sports Bleacher Report fleshed out the disparity: 80,000 seats vs. 3.7 million people; a property of 3 million square feet vs. a country roughly the size of Cuba. Lights, air-conditioning and all the other functions dependent on electricity make it possible for Texas to support a national pastime in magnificent style—though it’s critical to remember that this oversized experience happens only for approximately 8 days a year of NFL Cowboys home games.

Electricity Rates for Stadiums Are Low

This puts a different spin on Texas grandeur. Fabulous celebrations occur within the context of careful financial planning and a stern eye on the budget. Exact figures on what it costs to keep the Dallas AT&T Stadium fully functional are hard to find. Granted, institutional rates for electric power are lower than residential electricity rates. Amenities like huge video screens and superb air-conditioning must be balanced against all the other costs for operating this spectacular public facility. The best estimates for what it costs to produce the Dallas AT&T game-day experience agree: a whole lot! 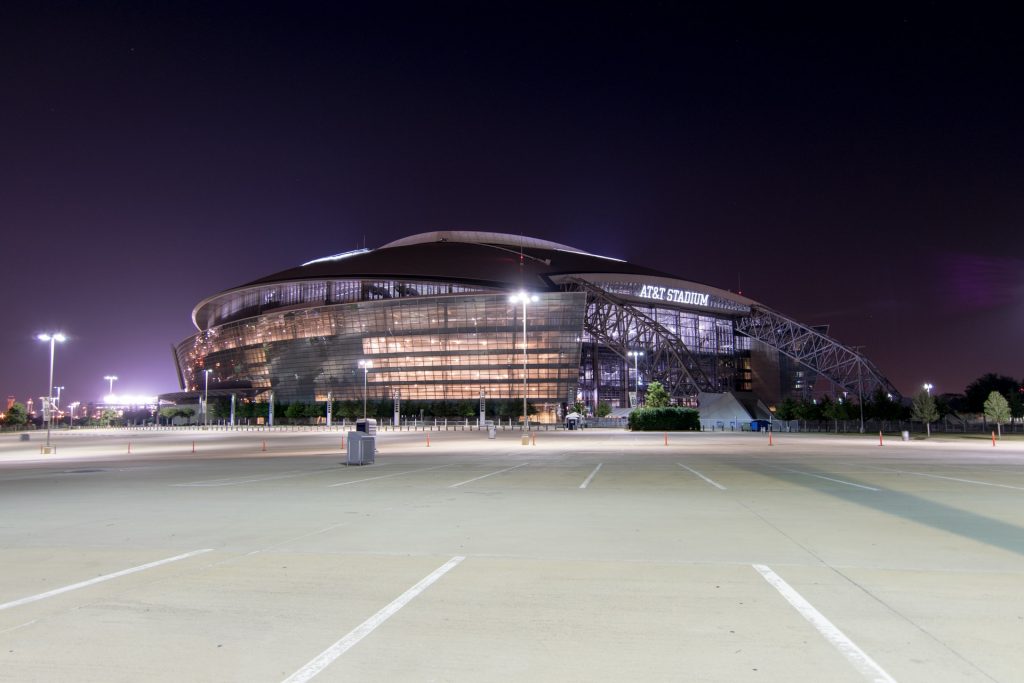 One thing is certain, however. Like other stadiums and large public facilities, AT&T Stadium benefits greatly from working closely with its local electricity suppliers. What major sports teams and utility suppliers have in common is a strong sense that community support is directly linked to community responsibility. The U.S. Department of Energy publishes annual lists of public facilities, including sports stadiums that display the best energy-efficient practices.

In 2017, the stadium list included MetLife (New York), CenturyLink (Seattle), Lincoln Financial (Philadelphia), M & T Bank (Baltimore), and Mercedes Benz (Atlanta). From solar cells to high-efficiency lighting, retractable roofs and wind-turbines, stadiums are partnering with electric suppliers to keep costs in line and make the most of energy-efficient strategies. AT&T Stadium may not be on the list yet, but you can be sure that providing maximum comfort for minimum cost is high on the stadium’s list of management decisions and community-based concerns.

In that way, on a smaller but still very Texan scale, the stadium pattern replicates all over the state. To many Texans, “stadium” means the walled field next to the high school or the bleacher-ring at the community college. Whether it’s already the heart of an established community or the dream of a new, young one, a stadium tends to be far more than just a place for local athletic teams to play. Family stories may start with Dad’s stint as half-back and continue through a son’s and even a grandson’s team victories and vanquishments. Old neighbors may return for homecoming, and the tailgate parties become as much a part of the day as the big game.

Whether your local stadium is a long-standing community magnet or still a gleam in the school board’s eye, one of the first steps toward building, maintaining or updating your facility is forming a solid partnership with a local electricity supplier. Be prepared to shop a little. Electricity companies know all the ways in which providers and customers come to depend on each other; and utility companies often practice what they preach, providing varied and innovative support for community-based growth and development projects. But different electricity companies may offer different kinds of support for community programs, and it’s important to find the best fit for your goals.

Support to Stadiums by Electricity Providers

Seek out your area’s electricity providers to learn about the exact kinds of support they can provide to your stadium. The best electricity rates available might be high on the list, of course, but your electric providers can also give you the most current info on alternative sources of energy. Perhaps your stadium is a great candidate for a solar panel upgrade. Have you looked at wind energy? Lighting technology changes rapidly these days. What was a state-of-the-art installation twenty years ago may now be just a state-of-concern. The huge video screens and building-wide air-conditioning are probably staying in Dallas, but an electronic scoreboard and cooler dressing-rooms may fit within your budget, making the game more fun for both spectators and players. 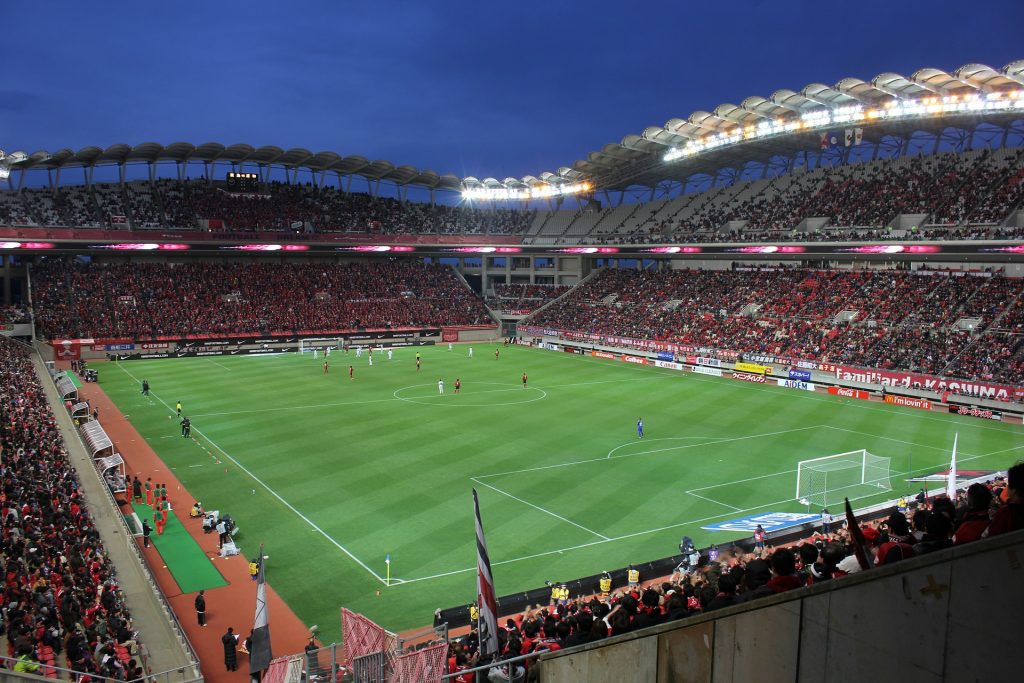 How much electricity do stadiums use? Most of them, a whole lot less than AT&T’s 10 megawatts. How much electricity your local or regional stadium uses depends on many factors: frequency of use, areas and functions requiring electric power, climate, location, and even the size of your crowds. It’s hard to predict down to the last penny. Fortunately, your local electric providers can help you at every stage of budgeting and planning. After all, you don’t have time to worry—it’s almost Game Day!

How to Lower Your Electric Bill During the Winter

The Best Time to Find the Cheapest Electricity Rates in Texas